Does every student in Pennsylvania have the right to the same quality of education regardless of the wealth of their family and community?

That question is at the heart of the debate expected to take place in Commonwealth Court in the coming year as a result of a lawsuit whose plaintiffs seek to get the state Legislature to fund education more equitably.

Officials from the Education Law Center and Public Interest Law Center, who represent the districts and parents who brought the current lawsuit, estimate it would cost $3 billion to $4 billion more than what is currently appropriated for all districts to meet the academic standards set by the state and to ensure that each student is career or college ready.

While the courtroom debate is a new development, the issue of disparity is as old as the state’s public education system, which was established in 1834.

Prior to that, children of wealthy families were educated in private academies or by private tutors while children of poor families attended government-sponsored “pauper schools,” which provided a minimal education.

“The pauper schools, that was the original way [public] schooling started in Pennsylvania,” said Michael Churchill, a school lawyer affiliated with the Public Interest Law Center in Philadelphia.

The Free Public Schools Act of 1834, like the current lawsuit, was meant to equalize the quality of education available to children throughout the commonwealth. Then-Gov. George Wolf championed the act and was known to have supported public education for all children regardless of the economic status of their parents. 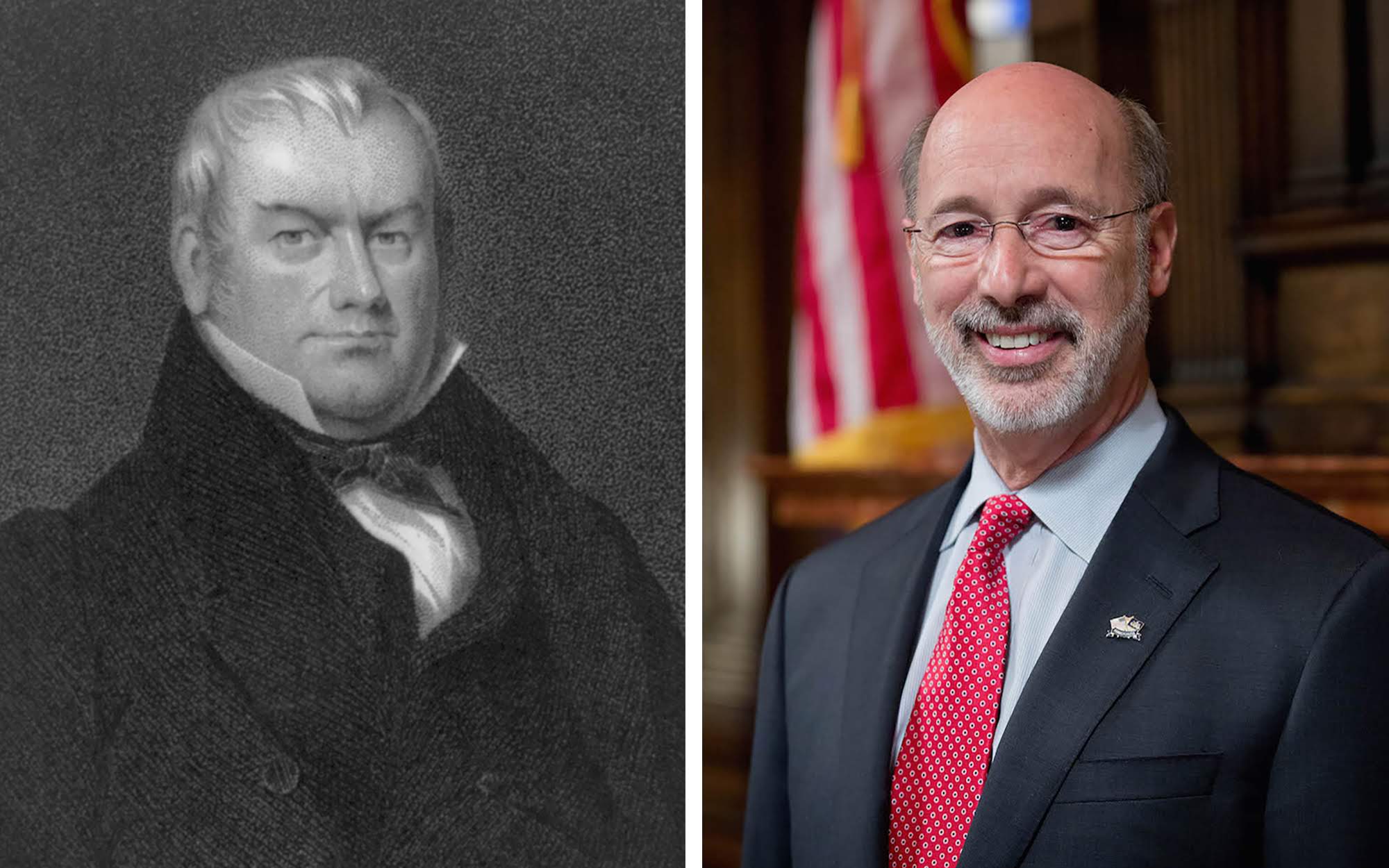 George Wolf (left), who served as the seventh governor of Pennsylvania, and the state’s current governor, Tom Wolf.

Flash forward to today with Gov. Tom Wolf also advocating for enough state funding to provide equitable education to all students (though he is technically a defendant in the lawsuit).

The history of school funding, it seems, has taken a circular route in the 184 years between the tenures of the two Govs. Wolf.

The passage of the Free Public Schools Act of 1834 was met with resistance by wealthy individuals who didn’t want their tax dollars used for public schools and by religious and German-speaking groups who wanted to operate their own schools.

Those protests prompted the state Senate to repeal the bill a year after it was enacted.

The history of school funding, it seems, has taken a circular route in the 184 years between the tenures of the two Govs. Wolf.

In an impassioned speech to state House members on the day the Senate voted to repeal the bill, attorney Thaddeus Stevens, a junior House member who later became a member of Congress, said: “…That the blessing of education shall be conferred on every son of Pennsylvania — shall be carried home to the poorest child of the poorest inhabitants in the meanest hut of your mountains…” His words prompted the state Senate, whose members were present for the speech, to return to their chambers and overturn its repeal of the act by day’s end.

But because the legislation called for schools to be funded both by local and state dollars, without any specific amount of state dollars allocated, wealthy communities could afford to have nicer schools with longer school years.

“It’s the very same argument as today,” Churchill said, referring to the wide disparities in academics, facilities and extracurricular activities between rich and poor districts.

In 1874, legislators added a clause to the state Constitution, requiring the state to appropriate no less than $1 million a year for public education. That clause appeared to promote strong state funding for education and it remained in the state Constitution until 1968 when it was removed because the state was already contributing significantly more than that amount to schools.

State education funding hit the “high-water mark” in 1974-75 when the state was awash with money from a new state income tax, said Ron Cowell, a former Democratic state legislator who served as chair of the state House Education Committee. Cowell is now president of the Education Policy and Leadership Center in Harrisburg. 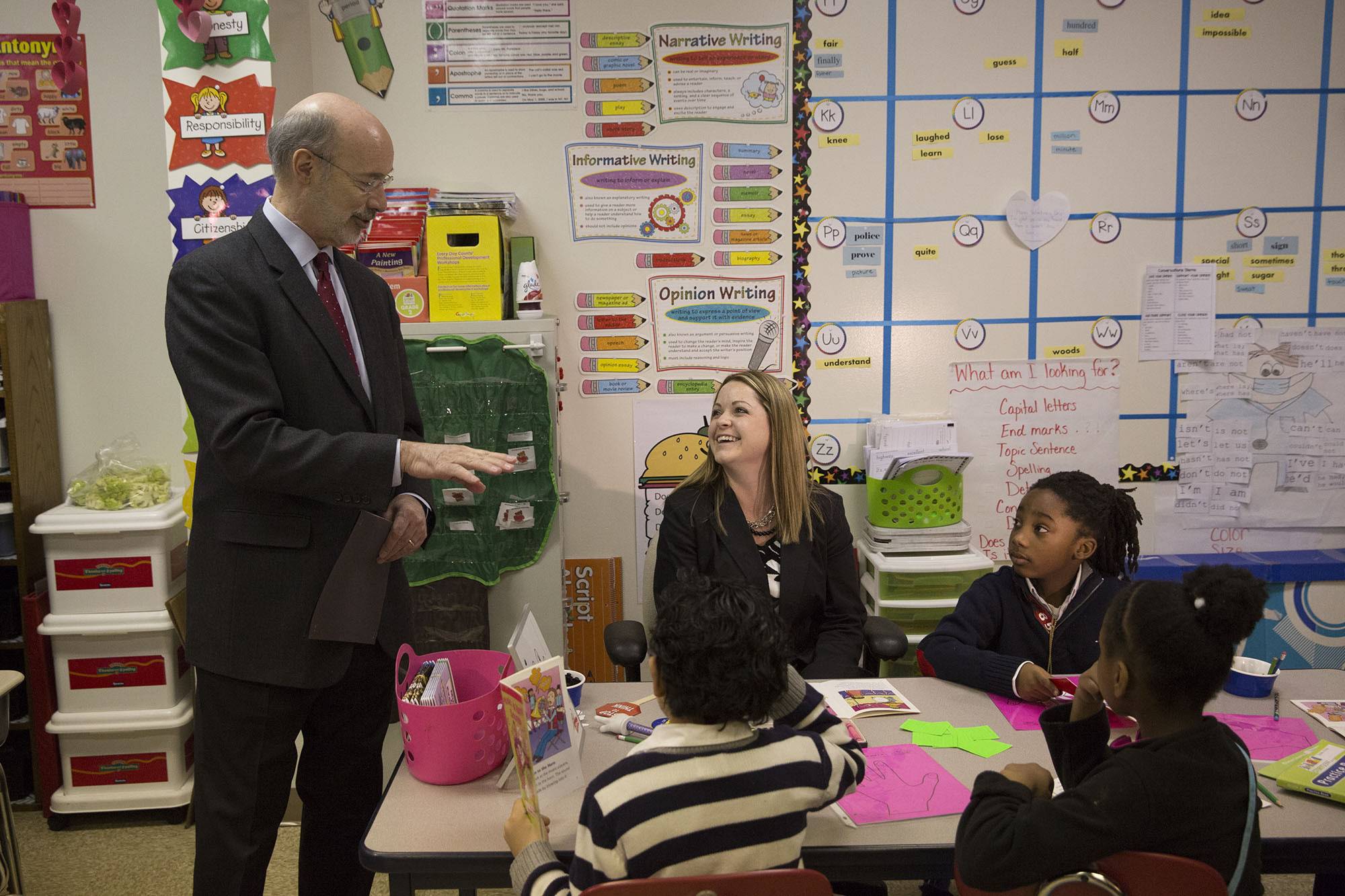 At the “high-water mark”, the state was reimbursing districts for 55 percent of their costs. Funding has never been as good since. The state currently funds about 38 percent of districts costs.

Also in 1983, a goal set in 1966 for the Legislature to fund every school at 50 percent was removed from the state school code. As a result, in the coming years, funding levels dropped.

“So between the lack of a distribution formula and the decrease to the way education was funded, the financial burden of education was shifted to the local communities.”

“So between the lack of a distribution formula and the decrease to the way education was funded, the financial burden of education was shifted to the local communities,” Cowell said.

“From 1991 to 2008, Pennsylvania was recognized as one of the few states with no funding formula… That meant there was no system [of] predictability. So if you were a superintendent, you couldn’t predict from one year to the next how much state funding you would get.”

The Pennsylvania Association of Rural and Small Schools filed a lawsuit in 1991 that is similar to the pending one. It described disparities between districts and argued that Pennsylvania’s system for funding schools was unconstitutional. The case was dismissed in 1998 by Commonwealth Court and a year later the state Supreme Court upheld that decision.

In 2006, the Legislature ordered a costing out study to figure out what it would cost each district to educate children so that they met the state academic standards set in 1999. The study report described widespread funding deficiencies and inequities in public schools and said that 94 percent of districts were spending less than they should and that the poorest schools needed to spend 38 percent more and the richest 7 percent more.

It estimated it would cost an additional $4.4 billion for all districts to meet the academic standards set by the state.

As a result, the Legislature adopted a new funding formula in 2008. The formula set funding targets for each district to meet the state standards. It was aimed at eliminating inequities. Gov. Ed Rendell and the Legislature increased education funding through the formula by more than $800 million over the next three school years.

But Rendell used federal stimulus funds to provide large chunks of those increases. When the stimulus money expired in 2011 and Gov. Tom Corbett took office, all of the gains to education funding were wiped out. Corbett chose not to use state funds to backfill what had been funded through stimulus money, which resulted in a $1 billion drop in education funding. 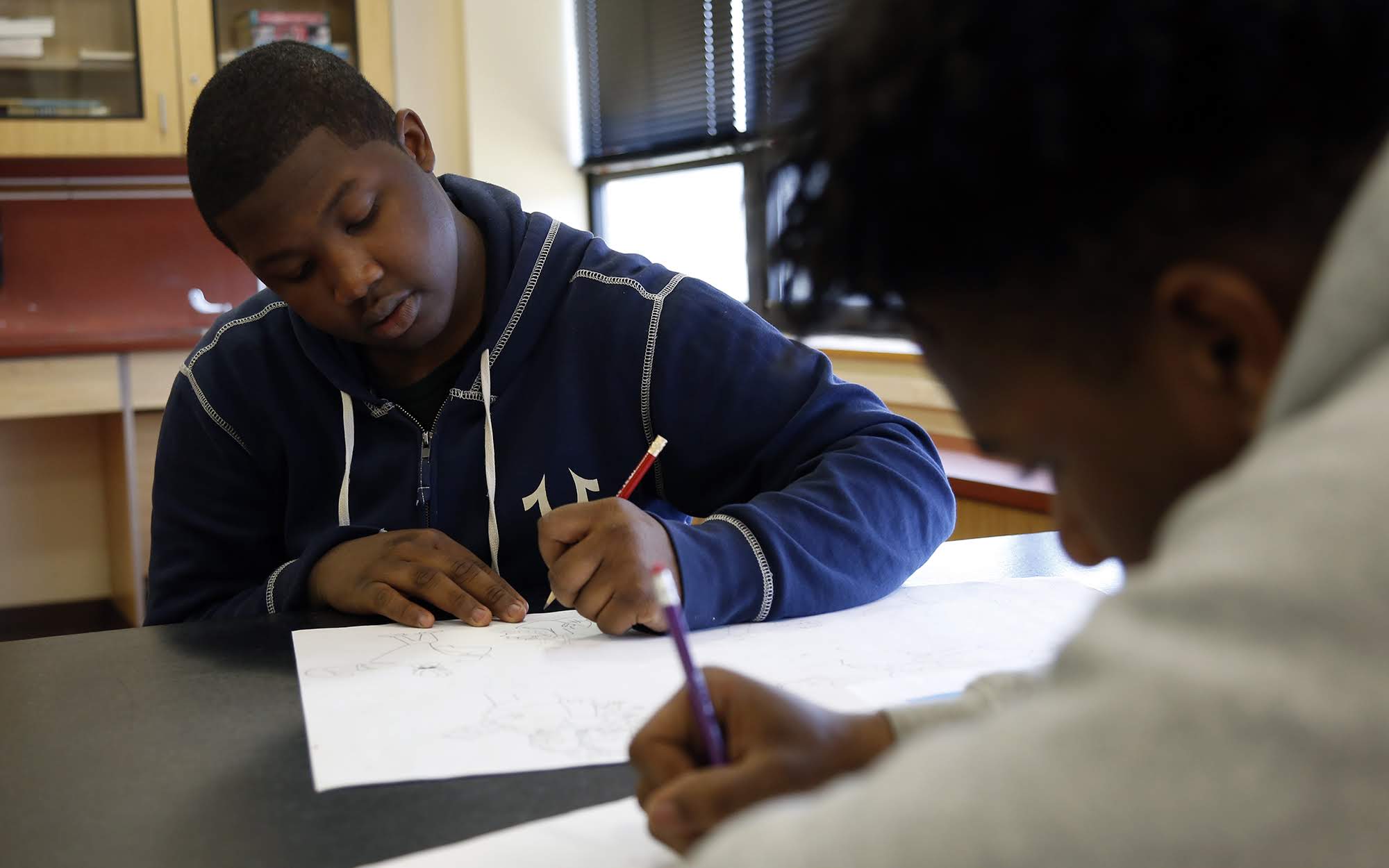 Since taking office in 2015 to date, Wolf and the Legislature have increased education funding by slightly more than $1 billion, with the largest increase — $633 million — going to basic education funding.

In addition, in an attempt to level out the disparities, the Legislature approved a new funding formula in July 2016 that considers the number of students living in poverty, the number enrolled in charter schools and districts’ ability to generate local wealth. It went into effect for the 2016-17 school year but has done little to close the funding gap between districts because it applies only to new money appropriated by the state.

In the 2018-19 budget, only $538 million of the $6 billion allocated for education in Pennsylvania will be distributed according to the new formula.

Wolf said in July that he would like to see all funding go through the new formula. His campaign spokeswoman Beth Melena said the governor does not support an immediate switch to the formula — which would shortchange some schools — and that he will “continue to fight for increased investments in education in Pennsylvania.” Pennsylvania Department of Education Secretary Pedro Rivera also said he would like to see all school funding go through the formula, but only after education funding is increased so that no districts lose funding.

This story was fact-checked by J. Dale Shoemaker.